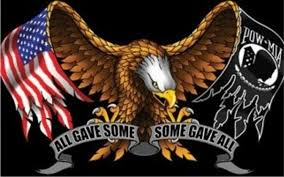 I most certainly have to agree with the Donald. The true hero’s are those that came home in boxes, or not at all.

I gave up an old crush from high school over this type of conversation. Her son had been in a firefight and was hurt. She was all a-babble about how he was such a hero. I told her that didn’t equate to heroism, and he would tell you the same thing; if he doesn’t then he is a glory hound and does not deserve any honor.  Well lets just say she unfriended me..  Ah darn, such is the luck.

Funny how Lindsey Graham says that “Trump is the worlds biggest jackass, and a distraction for the GOP”.  But, if that is true then why has Trump opened up a double digit lead early on?  I tend to think that it is because he calls it like he sees it.  Sugar coated bullshit is still bullshit.

I call a duck a duck, and a spade a spade. I fucking HATE: HYPOCRISY, Political Correctness and BS.. just shoot straight, at least we know where each other stands View all posts by Max Skinwood